A Master Of Fortune 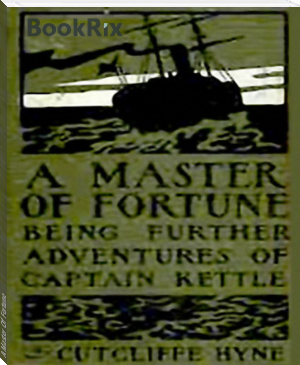 Charles John Cutcliffe Wright Hyne (1866–1944), also known by the pen name Weatherby Chesney, was a novelist. He is perhaps best remembered as the author of The Lost Continent: The Story of Atlantis, which was published as part of the Ballantine Adult Fantasy series, as well as his Captain Kettle stories.

Captain Kettle first appeared as a side character in the novel Honour of Thieves (1895). His first appearance as a main character was in the short story 'Stealing a President' in vol 1, issue 6 of Pearson's magazine (1896). This initial short story was followed in 1897 by a series of twelve short stories again in Pearson's Magazine that were later collected and published as Adventures of Captain Kettle. Over the next four years two more sets of twelve stories were published in Pearson's magazine and subsequently collected as Further Adventures of Captain Kettle ("A master of fortune" in the US) and Captain Kettle K. C. B. respectively.