THE REPAIR OF CASA GRANDE RUIN, ARIZONA, IN 1891 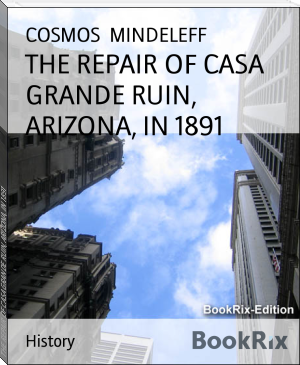 Cosmos Mindeleff. Printed with permission of William A Longacre
After searching for over 40 years, the life of Cosmos Mindeleff, one of the pioneers of Southwestern archaeology, can now be revealed. He was the younger brother of Victor, an architect hired by the Smithsonian (BAE) to map prehistoric and modern American Indian villages of the Southwest. Cosmos assisted Victor until 1894 when he moved to New York. He married and became a foreign correspondent for NY newspapers living in Europe until 1917.