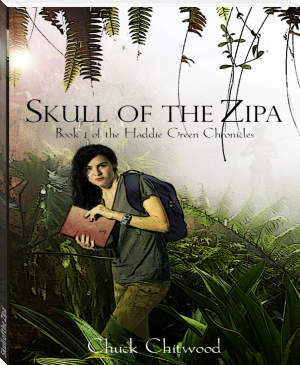 Haddie Green’s father, an archaeologist, has been kidnapped in the jungles of Colombia while searching for the Skull of the Zipa.

So, instead of attending her senior prom like a typical teenager, Haddie finds herself in Colombia following cryptic clues in her father’s journal to find the valuable artifact hoping they will lead her to him.

But within hours of arriving, Haddie realizes finding the relic will be no easy task. Now a target of the same group of mercenaries who kidnapped her father, Haddie will have to rely on her wits, her Krav Maga self-defense training, and the help of a handsome bush pilot she meets along the way.