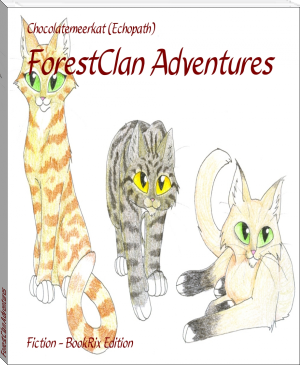 The prophecy cats of ForestClan have still not fulfilled the prophecy, and neither their own hopes. Swiftpaw is desperate to stop Flowerpaw from giving any harm to a certain close friend of his, otherwise her life will be in danger. He is also investiagting who attacked Sandtail in battle, and why. Eagletalon, now finding out that Willowstream has been murdered, wants to find out who killed her, and why. Dawnsong is responisble for the safety of two kits who are apprantly sent by StarClan, but she is still trying to keep her's and Noblespirit's relationship a secret, and she has to convince her brother to tell his clan that he has lied about his bloodlines. Finally, Echopath has to protect her sister's kits from the dangers that lie ahead, and also try to keep her friendship with Eagletalon non-violent.

I love it! Only problem is that there are a few grammatical, punctual and spelling errors.

I LOVE it! PLEASE write more!