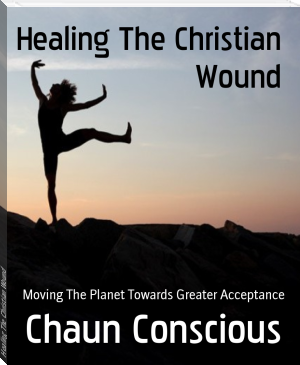 Who Am I To Speak on Christianity?

I came into the world with an enormous amount of pain to. To deal with my pain I turned to religion at a very young age, namely at 10 or 11 years old. After experiencing the religion of Christianity I converted to Islam at the age of 18 and by the age of 21 I left religion entirely.

At the age of 29 I embraced myself as male and I underwent a physical gender transition and at the age of 31 I went through a series of intense supernatural experiences which revealed insights previously unknown to the Planet.

It is important to recognise that when I spent time as a Christian and then as a Muslim, I wholeheartedly believed in both of the faiths at the time of practicing it.

As a Christian I read the Bible cover to cover and regularly attended Church and ‘cell groups’.

As a Muslim I wore a headscarf, prayed 5 times a day and I wrote articles about why Islam is the perfect and true religion.

This Guide is for anyone wanting to explore themselves deeper than they may have allowed themselves to whilst concentrated within the parameters of a religion - namely the monotheistic religions. I hope that it causes movement within you that feels both good to you as well as movement that feels like freeing.

The Christian Wound it is a vibration that 89% of us hold  which means that learning about it is not only important for Christians, but for us all.

Put simply, the Christian Wound is the vibration which manifests into a belief that “I am wrong and there is something wrong with the world”. People with a lot of money, wealth or fame tend to not hold this vibration very strongly. This vibration is most common amongst the impoverished, the downtrodden and the ill fated.

Whilst this vibration was not caused by Christianity per se, it has it’s origins in Christianity because when the vibration first arrived on planet Earth it manifested as the invention of Christianity – officially around 323 AD – that is, 323 years after the prophet Yeshua died.

Yeshua is the Aramaic name for the person we in English call Jesus. Jesus Christ as a concept represents both a historical myth and a historical falsehood. There is no power in the word Jesus. Words only have power according to the meaning we as God give to them. There is no more power in the word Jesus than there is in the very offensive word 'nigger'.