THE STORY OF THE LITTLE MAMSELL 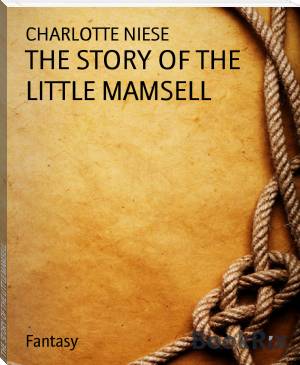 Niese was born in Burg on the island of Fehmarn, then under the direct rule of King Frederick VII of Denmark. Her father was the local pastor who later became director of a seminary in Eckernförde. Her mother was Benedicte Marie Niese (born Matthiesen). Charlotte Niese passed her exams as a teacher in Eckernförde, and she became a tutor in what was, since 1866, the Prussian Province of Schleswig-Holstein, in the Rhine Province, and as a boarding school teacher in Montreux.

Niese went with her mother, then a widow, to Plön and began publishing her writings, at first under the masculine pseudonym "Lucian Bürger".

In 1884, Niese settled in the city of Altona, where her mother used to live, and in 1888 she moved to Ottensen, which in 1889 became a part of Altona. She no longer needed to work as a teacher, as she had become one of the best known Holstein regional writers.

In her work, Niese campaigned not only for the improvement of educational and employment opportunities for women, but also managed the local section of the North German Women's Organisation in Altona. As a child she had seen that her six brothers, one of whom was the Classical scholar Benedikt Niese, were all allowed higher education and professional careers, while her father refused these to herself or her sister. She herself wrote only within the socially accepted boundaries of women's writing of her day, her socially conservative views preventing her from more radical action. The closest she got to political activity was signing a letter of protest against the construction of a tramway line, along the street where she lived, in 1904.

Niese died in her home in 1935 and was buried in the nearby Altona-Ottensen cemetery.