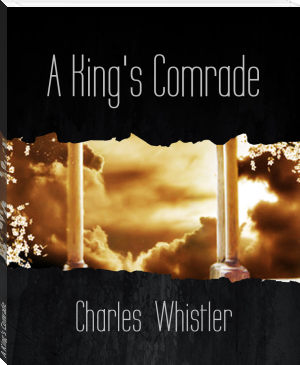 A shore of dull green and yellow sand dunes, beyond whose low tops a few sea-worn pines and birch trees show their heads, and at whose feet the gray sea hardly breaks in the heavy stillness that comes with the near thunder of high summer. The tide is full and nearing the turn, and the shore birds have gone elsewhere till their food is bared again at its falling. Only a few dotterels, whose eggs lie somewhere near, run and flit, piping, to and fro, for a boat and two men are resting at the very edge of the wave as if the ebb would see them afloat again.
Armed men they are, too, and the boat is new and handsome, graceful with the beautiful lines of a northern shipwright's designing. She has mast and sail and one steering oar, but neither rowlocks nor other oars to fit in them. One of the men is pacing quietly up and down the sand, as if on the quarterdeck of a ship, and the other rests against the boat's gunwale.