A Book of Scoundrels 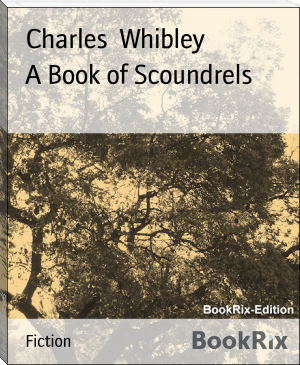 Charles Whibley (1859–1930) was an English literary journalist and author. Whibley's style was described by Matthew as "often acerbic high-tory commentary".[1] In literature and the arts, his views were progressive. He supported James Abbott McNeill Whistler[2] (they had married sisters).[3] He also recommended T. S. Eliot to Geoffrey Faber, which resulted in Eliot's being appointed as an editor at Faber and Gwyer.[4] Eliot's essay Charles Whibley (1931) was contained within his Selected Essays, 1917-1932. Whibley died on 4 March 1930 at Hyères, France, and his body was buried at Great Brickhill, Buckinghamshire.[5]