Historical Romance of the American Negro 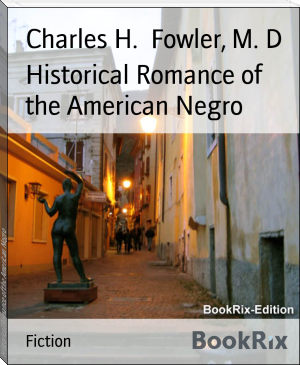 1 Early life
2 Practice
3 Public service
4 ReferencesEarly life
Charles H. Wright was born in Dothan, Alabama and graduated from Southeast High School in 1935.[2] He attended Alabama State College, graduating in 1939, and entered Meharry Medical College, from which he graduated in 1943.[2] Wright wanted to enter Obstetrics and Gynecology, but there was no slot available. Instead, he served two residencies in pathology, one at Harlem Hospital in New York City, and the second at Cleveland City Hospital in Cleveland, Ohio.[2]
Wright practiced general medicine in Detroit from 1946 until 1950, at which time Harlem Hospital notified him of an opening in their Obstetrics and Gynecology residency program.[2] He returned to New York and completed his residency there in 1953.[2]
PracticeWhen Wright retuned to Detroit, he received admitting privileges at Hutzel Hospital, and was board certified as a general surgeon and OB/GYN specialist in 1955.[2] He became a Senior Attending Physician at Hutzel Hospital until his retirement in 1986. He was also an emeritus attending physician at Harper-Grace Hospital, a senior attending physician at Sinai Hospital, and served as an assistant clinical professor of OB-GYN at Wayne State University Medical School.[2]
Public service
In 1960, Wright ordered funds for medical training for Africans in United States through the Detroit Medical Society. Within the year of 1964-1965, Wright engaged in a medical surveys in West Africa.[2] He served as a physician during the civil rights marches in 1965 in Bogalusa, Louisiana.[2]

Wright was the writer and publisher of the Medical Association Demand Equal Opportunity, and wrote two books on Paul Robeson: Robeson: Labour's Forgotten Champion and The Peace Advocacy of Paul Robeson.[2]

In 1965, Wright opened the International Afro-American Museum on West Grand Boulevard.[3] The next year, he opened a traveling exhibit to tour the state.[3] In 1978, the city of Detroit agreed to lease the museum a plot of land in Midtown.[3] Groundbreaking for the new museum occurred in 1985, and the museum was renamed the Museum of African American History. A larger museum was built ten years later, opening in 1997.[3] In 1998, the museum was renamed the Charles H. Wright Museum of African American History in dedication of Dr. Wright.