A Tale Of Two Cities

A Story Of The French Revolution Von: Charles Dickens 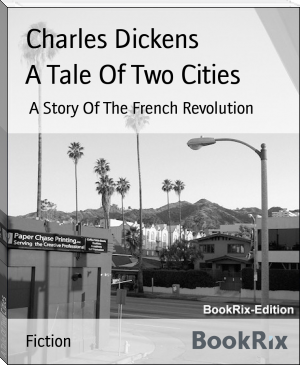 Charles John Huffam Dickens (/ˈtʃɑrlz ˈdɪkɪnz/; 7 February 1812 – 9 June 1870) was an English writer and social critic. He created some of the world's most memorable fictional characters and is generally regarded as the greatest novelist of the Victorian period.[1] During his life, his works enjoyed unprecedented fame, and by the twentieth century his literary genius was broadly acknowledged by critics and scholars. His novels and short stories continue to be widely popular.[2][3]

Born in Portsmouth, England, Dickens was forced to leave school to work in a factory when his father was thrown into debtors' prison. Although he had little formal education, his early impoverishment drove him to succeed. Over his career he edited a weekly journal for 20 years, wrote 15 novels, five novellas and hundreds of short stories and non-fiction articles, lectured and performed extensively, was an indefatigable letter writer, and campaigned vigorously for children's rights, education, and other social reforms.