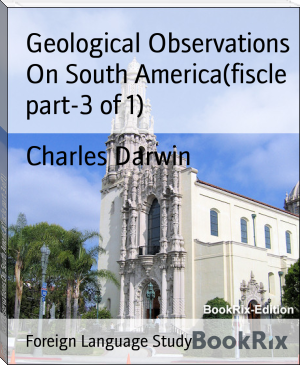 Of The Remarkable "Trilogy" Constituted by Darwin'S Writings Which Deal
With The Geology Of The "Beagle," The Member Which Has Perhaps Attracted
Least Attention, Up To The Present Time Is That Which Treats Of The Geology
Of South America. The Actual Writing of This Book Appears To Have Occupied
Darwin A Shorter Period Than Either Of The Other Volumes Of The Series; His
Diary Records That The Work Was Accomplished within Ten Months, Namely,
Between July 1844 And April 1845; But The Book Was Not Actually Issued till
Late In the Year Following, The Preface Bearing the Date "September 1846."