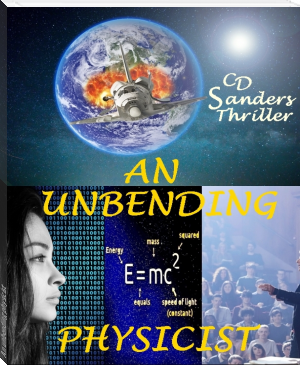 This warm-hearted and funny love story captivates with its lively dialogues. In conjunction with an exciting conspiracy thriller it offers the reader an incomparable reading pleasure.

Already with his first words, he underlined his reputation of a hard and always frank lecturer, “I don’t intend to remember your names. Not because I’m not able to, but because I don’t want to waste any brain capacity. It’s needed for more important things I can assure you of this. Most of you will not be able to follow me and the complex subject anyway, so you will soon leave the course.”

Full of expectation, Theresa looked directly into the professor's eyes. He was around 6’1’ and rather skinny. His curly hair was tamed by a short haircut, which made his narrow face look younger. The professor seemed charming to her. That is he was charming until he opened his mouth.

“What a nice guy”, Theresa thought when he introduced himself.

Theresa Winter enrolls at the University of Berlin after a thirteen-year compulsory break from her studies. There she meets the Scottish guest lecturer Peter Calder. She takes a course in quantum physics with the ingenious but quite misanthropic professor. His cynical appearance does not put her off she falls in love with the extremely intelligent man. Two extraordinary people meet, who seem to be made for each other. If it wasn't for the big age difference.

Thirty-one year old Theresa simply brushes aside the concerns of the not-so-young man calling them “bullshit". But is it really as simple as the young woman imagines? The young pretty woman, who is anything but rational, turns the quiet world of the perfectly rational physicist upside down so that he soon thinks he is going to lose his mind.

Together with her professor, she takes quantum physics a big step forward. Exactly the field in which her parents had done research. When Theresa and Peter are kidnapped by the former boss of the Winters, Edward Barnes, Theresa wonders into what her parents and now she herself have gotten into. And what about the dangerous man-in-the-suit who seems to be everywhere?

And what does the computer specialist from Europol Tom Bauer know?