THINK BEFORE YOU SPEAK

OR, THE THREE WISHES. A TALE. Von: CATHERINE DORSET 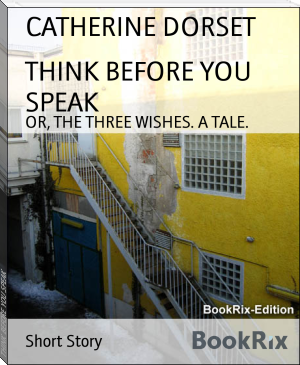 Catherine Ann Dorset (c. 1753 – (after) 1816) was a children's writer.
Catherine Ann(a) Turner was born in Stoke next Guildford and baptised in 1753. Nicholas Turner became a widower after her birth and it is thought that her mother died as a result of the birth. Catherine had a brother, Nicholas, and an elder sister, Charlotte and she became a writer. Her father remarried and she married Captain Michael Dorset who was in the army on 2 June 1779 at St Martin-in-the-Fields in London. When her father died her brother was given the Bignor Park estate and Catherine was given an annuity. However her brother failed to manage his finances and Dorset was amongst his debtors. Dorset took her own brother to court and her husband was awarded the estate. Dorset and her sister lived there until Dorset's daughter's marriage meant that the estate had to be sold.