A Political and Social History of Modern Europe V.1. 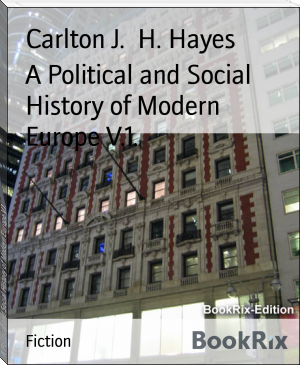 Carlton Joseph Huntley Hayes (May 16, 1882 – September 2, 1964) was an American educator, diplomat, devout Catholic and academic. A student of European history, he was a leading and pioneering specialist on the study of nationalism. He was elected as president of the American Historical Association over the opposition of liberals and the more explicit Anti-Catholic bias that defined the academic community of his era. He served as United States Ambassador to Spain in World War II, but he came under attack from the CIO, communists and other forces on the left that rejected any dealings with the Spain of Francisco Franco. Historian Holly Cowan Shulman wrote: