Report On The Condition Of The South (Fiscle Part-I) 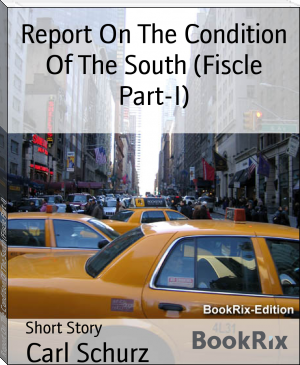 In Reply To The Resolution Adopted By The Senate On The 12th Instant, I
Have The Honor To State, That The Rebellion Waged By A Portion Of The
People Against The Properly Constituted Authorities Of The Government
Of The United States Has Been Suppressed; That The United States Are
In Possession Of Every State In Which The Insurrection Existed; And
That, As Far As Could Be Done, The Courts Of The United States Have
Been Restored, Post Offices Re-Established, And Steps Taken To Put
Into Effective Operation The Revenue Laws Of The Country.