THE EVE OF THE REVOLUTION 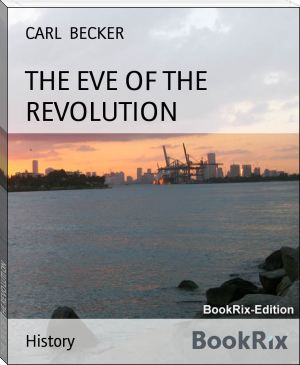 Carl Becker was a Midwesterner, born in Iowa near Waterloo in Blackhawk County. He later attended nearby Cornell College, a small liberal arts college, and later moved to the University of Wisconsin at Madison. Known for its strength in history, Madison was the home of the well-known US historian, Frederick Jackson Turner, famous for the 'Turner Thesis' or the 'Frontier Hypothesis'.