How to make rugs 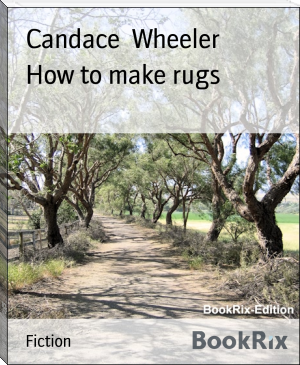 (1827–1923), often credited as the "mother" of interior design, was one of America's first woman interior and textile designers. She is famous for helping to open the field of interior design to women, making decorative art affordable, and for encouraging a new style of American design. In the years after the American Civil War, she advocated the fields of applied art, fine art and design as suitable for women, especially for the thousands of war widows who needed to be able to support their families. Wheeler was instrumental in the development of art courses for women in a number of major American cities. She was associated with the Colonial Revival, Aesthetic Movement, and the Arts and Crafts Movement throughout her long career, Wheeler was considered a national authority on home decoration. Wheeler was a member of the Associated Artists, along with Louis Comfort Tiffany. She founded the Society of Decorative Art in New York City (1877), and encouraged the creation of similar artistic societies across the country. Wheeler is also noted for designing the interior of the Women's Building at the 1893 World's Columbian Exposition in Chicago, IL.