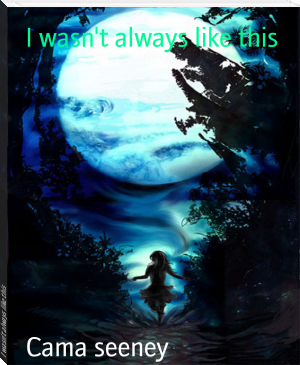 'It all started during a lovely day. The sun shone so brightly, I was only a little younger then I am now. I was playing the piano, my parents were doing a gross kissy scene. I believe he loved her once, my mother I mean before all this. They danced together, shadows rapping around one another like ying and yang. My music didn’t seem to even convey half of their love. I played with all my might but I would never be able to play what they felt there and then, right in that single most perfect moment. My brother came into the room smiling but blood spilt from his nose, soiling his clean white shirt. He was so small and precious. Moments later the pack doctor was here, they did so many scans but it was clear what it was. Only one thing can affect us. Cancer. He had mere months to live. His whole lungs were saturated with cancer cells.

My mother was so distraught, my farther didn’t believe it. He turned to drinking, so heavily I was sure he was going to get kidney cancer or something. Unfortunately he didn’t, no instead my mother tried to kill herself. Over and over again she opened her veins, she swallowed tablets, so many times I made her spit them up. I felt like I was the only one who could walk her off the edge of the cliffs edge, I was called from school so much – everyone was surprised I passed. A month later I thought she was getting, she even listened to me when I spoke, she actually communicated with people. She began cooking and cleaning, she started to go on patrols.

I thought she was getting better I was wrong. She killed herself. Or so I thought. I was lying in bed dreaming about what my life could have been, dreaming instead of looking after her. It’s all my fault. She was helping other shifters my father had caught, he found out and had her murdered. My father was driven so mad on grief he took it out on me, I thought it was all me. It wasn’t, he was just guilty he murdered her. I always thought my farther didn’t know me, guess I am a traitor after all.’ Tears dripped down my face, I hated this world it’s so broken and cruel.

(BEWARE this book does have sceens of a violent nature though it is a nice book that will eventually have a happy ending).

I LOVE yur book so much it's amazing

i'm the first person to coment on your book, which is sad when you consider how good it is

i'm dying to know what happens next :0

I loved your book and want you to write more

Awh thank you so much