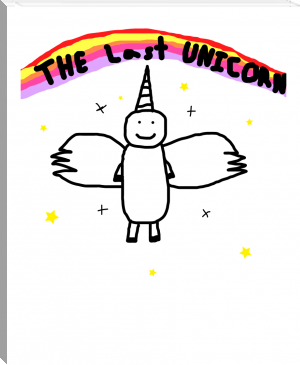 Once Upon a time in a far away land lived thousands of unicorns.  All the unicorns were pretty cowardly, they sat around all day saying “Mu Mu And Ja Ja and farted non-stop they roll their eyes and lick each others faces and are so fat  .  Expected for one, she was brave and smart and was different from her tribe .  Her name was peg.  Today is a special day everyone is going to The Games.  The Games is a place where unicorns go to have fun, The unicorns play Horn Ball (which is like baseball but instead of a baseball bat they swing their heads and hit the baseball with their horns and the ball is filled with air, sometimes they pop it. )