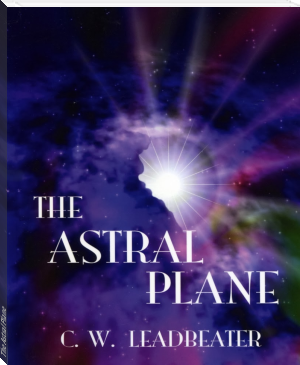 IN the extensive literature of Theosophy this little work stands out for certain specially marked characteristics. It records an attempt to describe the Invisible World in the same manner that a botanist would describe some new territory on this globe not explored by any previous botanist.

Most works dealing with Mysticism and Occultism are characterised by the lack of a scientific presentation, such as is exacted in every department of science. They give us far more the significance of things, rather than descriptions of the things themselves. In this little book the author approaches the Invisible World from the modern standpoint of science.

The first point which it is necessary to make clear in describing this astral plane is its absolute reality. In using that word I am not speaking from that metaphysical standpoint from which all but the One Unmanifested is unreal because impermanent; I am using the word in its plain, every-day sense, and I mean by it that the objects and inhabitants of the astral plane are real in exactly the same way as our own bodies, our furniture, our houses or monuments are real – as real as Charing Cross, to quote an expressive remark from one of the earliest Theosophical works. They will no more endure for ever than will objects on the physical plane, but they are nevertheless realities from our point of view while they last – realities which we cannot afford to ignore merely because the majority of mankind is as yet unconscious, or but vaguely conscious, of their existence.