THE LIVES OF THE TWELVE CAESARS 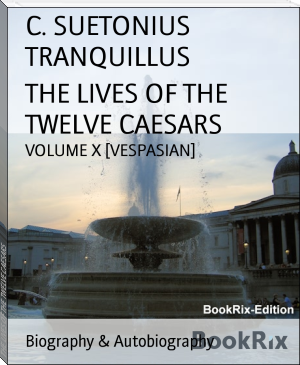 Gaius Suetonius Tranquillus, commonly known as Suetonius (/swɪˈtoʊniəs/; c. 69 – after 122 AD), was a Roman historian belonging to the equestrian order who wrote during the early Imperial era of the Roman Empire.

His most important surviving work is a set of biographies of twelve successive Roman rulers, from Julius Caesar to Domitian, entitled De Vita Caesarum. He recorded the earliest accounts of Julius Caesar's epileptic seizures. Other works by Suetonius concern the daily life of Rome, politics, oratory, and the lives of famous writers, including poets, historians, and grammarians. A few of these books have partially survived, but many have been lost.