A History of the Third French Republic 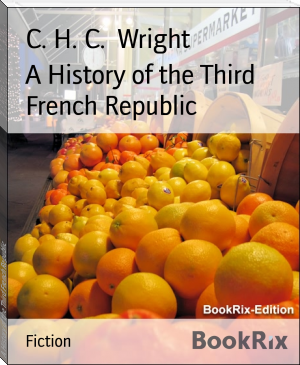 Two men were largely responsible, each in his own way, for the third French Republic, Napoleon III and Bismarck. The one, endeavoring partly at his wife's instigation to renew the prestige of a weakening Empire, and the other, furthering the ambitions of the Prussian Kingdom, set in motion the forces which culminated in the Fourth of September.

This is awesome! I was able to talk about the book after I read it. You did well! ... If you have some great stories like this one, you can publish it on Novel Star, just submit your story to hardy@novelstar.top or joye@novelstar.top