Hilaire Belloc The Man and His Work 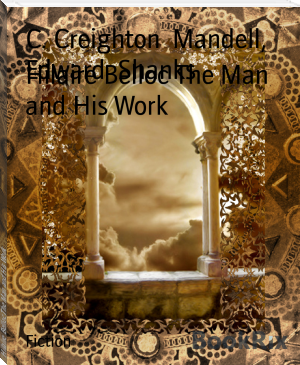 Mandell Creighton
From Wikipedia, the free encyclopedia
The Right Reverend
Mandell Creighton
Bishop of London
A painting of a gaunt and balding man, with greying hair and a long grey beard, sitting in a wooden chair. He wears a puffy white shirt, a black stole, and a long red robe; he also wears small round glasses, and around his neck is a large gold cross.
Creighton as Bishop of London, by Sir Hubert von Herkomer.
Church Church of England
Diocese Diocese of London
Elected 1896
Installed January 1897
Term ended 1901 (death)
Predecessor Frederick Temple
Successor Arthur Winnington-Ingram
Other posts

Mandell Creighton (/ˈmændəl ˈkraɪtən/; 5 July 1843 – 14 January 1901), was a British historian and a bishop of the Church of England. A scholar of the Renaissance papacy, Creighton was the first occupant of the Dixie Chair of Ecclesiastical History at the University of Cambridge, a professorship established around the time that history was emerging as an independent academic discipline. He was also the first editor of the English Historical Review, the oldest English language academic journal in the field of history. Creighton had a second career as a cleric in the Church of England. He served as a parish priest in Embleton, Northumberland and later, successively, as the Bishop of Peterborough and the Bishop of London. His moderation and worldliness drew praise from Queen Victoria and won notice from politicians. It was widely thought at the time that Creighton would have become the Archbishop of Canterbury had his early death, at age 57, not supervened.

Creighton's historical work received mixed reviews. He was praised for scrupulous even-handedness, but criticised for not taking a stand against historical excesses. For his part, he was firm in asserting that public figures be judged for their public acts, not private ones. His preference for the concrete to the abstract diffused through his writings on the Church of England. He believed that the church was uniquely shaped by its particular English circumstances, and advocated that it reflect the views and wishes of the English people.

Creighton was married to the author and future women's suffrage activist Louise Creighton, and the couple had seven children. The Creightons were passionately interested in the education of children and together wrote over a dozen school history primers. A man of complex intelligence and exceptional vigour, Mandell Creighton was emblematic of the Victorian era both in his strengths and in his fail