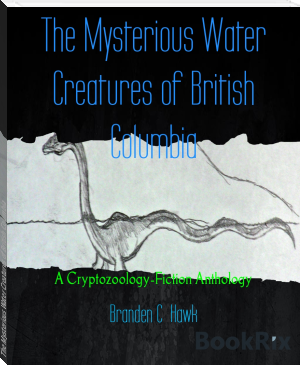 Think lake "monsters" aren't real? Don't say that after you have read these stories, inspired by real sightings...

British Columbia has lakes and seas, which attract many people to them every summer. What some of them don't know is that the places they swim in  reportedly have mysterious creatures dwelling in them. Many are described are snake-like, others with dinosaurian long-necks. Yet more are decidedly strange.

The Mysterious Water Creatures of British Columbia is a crypto-fiction anthology of 4 stories, all fictional & inspired by the ongoing phenomena of water creatures in British Columbia.

The stories in this anthology may only come from the author's mind--but does that mean the phenomena which have inspired B.C. Hawk also not real?

Perhaps--or maybe, the foundation is all too real.

*Note: These stories are fictional and written in the first person for readers. I wish to point this out as to avoid confusion*

Hello everyone, I hope you enjoy my first book/anthology. I put a lot of heart and hard work into it. So, if you want go ahead and buy the book or tell others who might be interested, please go ahead.