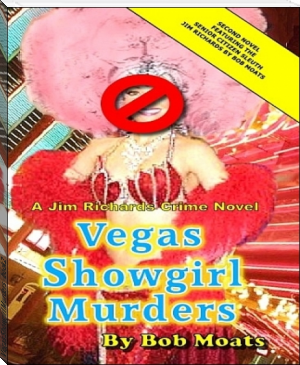 The senior citizen sleuth, Jim Richards, has survived the Classmate Murders along with his new girlfriend, Penny. This 2nd new book brings them, along with Buck and Deacon, across the country to Las Vegas, where Deacon's sister, a showgirl, narrowly escapes being poisoned, another showgirl took the poison possibly meant for her. Then a second showgirl is suddenly murdered and Jim and his crew must take action to bring the murderer to justice. Jim's past experiences living in Las Vegas now helps to solve the murder of the showgirls, but his past comes back to haunt him. Could the murderer be a Vegas strip headliner, a comic Jim had worked for, or someone entirely unknown. How many deaths will there be before it ends? One thing for certain, Vegas will never be the same when they finish.