THE THOUGHTS OF BLAISE PASCAL 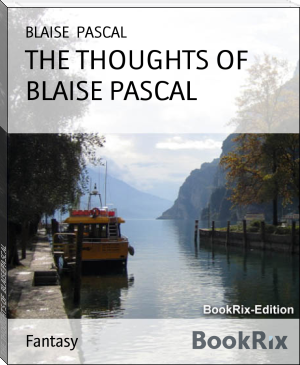 Blaise Pascal (/pæˈskæl, pɑːˈskɑːl/;[1] French: [blɛz paskal]; 19 June 1623 – 19 August 1662) was a French mathematician, physicist, inventor, writer and Christian philosopher. He was a child prodigy who was educated by his father, a tax collector in Rouen. Pascal's earliest work was in the natural and applied sciences where he made important contributions to the study of fluids, and clarified the concepts of pressure and vacuum by generalizing the work of Evangelista Torricelli. Pascal also wrote in defense of the scientific method.

In 1642, while still a teenager, he started some pioneering work on calculating machines. After three years of effort and fifty prototypes,[2] he built 20 finished machines (called Pascal's calculators and later Pascalines) over the following ten years,[3] establishing him as one of the first two inventors of the mechanical calculator.