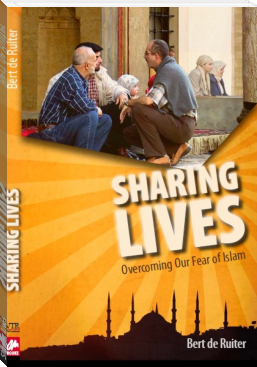 This book argues that the single greatest hindrance to Christian witness amongst Muslims in Europe is fear. Many European Christians fear that Europe will gradually turn into Eurabia, or Islamic domination of Europe, and they ignore the efforts of Muslims to adapt to the European context, a situation pointing to a future scenario of Euro-Islam, or Islam being Europeanized. The author argues that instead of an attitude of fear, which leads to exclusion, Christians should develop an attitude of grace, which
leads to embrace.
After analyzing books and courses developed to help Christians relate to Muslims, he concludes that these mostly concentrate on providing information and skills, instead of dealing with one’s attitude. Because of this the author developed a short course to help Christians overcome their fear of Islam and Muslims and to encourage Christians to share their lives with Muslims and to share the truth of the Gospel with the purpose of attracting them to Christ.

Bert de Ruiter (1958) works with OM Europe as Champion Muslim Ministries in Europe. Bert obtained a Master of Arts in World Evangelization and a Doctor of Ministry in Muslim-Christian relations.
During the past 25 years Bert has been ministering in almost 50 countries around the world to help Christians share their lives with Muslims. Bert and his wife live in Amsterdam, the Netherlands and have two children and one grandchild.