A Compilation of the Messages and Papers of the Presidents, Volume IX. 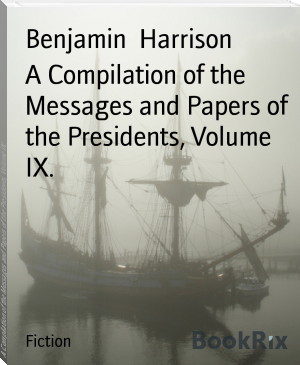 Benjamin Harrison (August 20, 1833 – March 13, 1901) was the 23rd President of the United States (1889–1893); he was the grandson of the ninth President, William Henry Harrison. Harrison had become a prominent local attorney, Presbyterian church leader and politician in Indianapolis, Indiana. During the American Civil War, he served the Union for most of the war as a colonel and on February 14, 1865 was confirmed by the U.S. Senate as a brevet brigadier general of volunteers to rank from January 23, 1865. Afterwards, he unsuccessfully ran for the governorship of Indiana but was later elected to the U.S. Senate by the Indiana legislature.