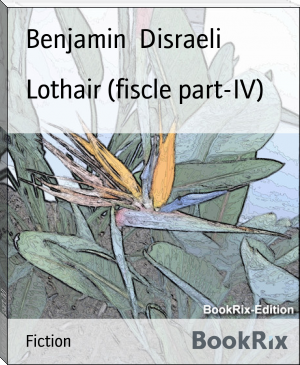 "I remember him a little boy," said the duchess, "a pretty little boy, but very shy. His mother brought him to us one day. She was a dear friend of mine; you know she was one of my bridesmaids?" "And you have never seen him since, mamma?" inquired a married daughter, who looked like the younger sister of her mother. "Never; he was an orphan shortly after; I have often reproached myself, but it is so difficult to see boys. Then, he never went to school, but was brought up in the Highlands with a rather savage uncle; and if he and Bertram had not become friends at Christchurch, I do not well see how we ever could have known him." These remarks were made in the morning-room of Brentham, where the mistress of the mansion sat surrounded by her daughters, all occupied with various works. One knitted a purse, another adorned a slipper a third emblazoned a page. Beautiful forms in counsel leaned over frames embroidery, while two fair sisters more remote occasionally burst into melody as they tried the passages of a new air, which had been dedicated to them in the manuscript of some devoted friend.