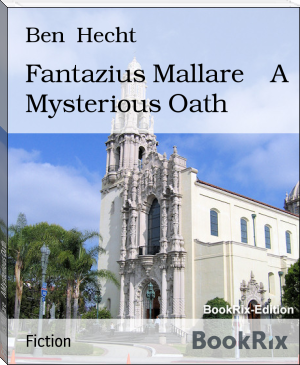 Ben Hecht/ (1894–1964) was an American screenwriter, director, producer, playwright, journalist and novelist. He received screen credits, alone or in collaboration, for the stories or screenplays of some seventy films. He wrote thirty-five books and created some of the most entertaining screenplays and plays in America. The Dictionary of Literary Biography - American Screenwriters calls him "one of the most successful screenwriters in the history of motion pictures." At the age of 16, Hecht ran away to Chicago, where in his own words he "haunted streets, whorehouses, police stations, courtrooms, theater stages, jails, saloons, slums, madhouses, fires, murders, riots, banquet halls, and bookshops". In the 1910s and early 20s, Hecht became a noted journalist, foreign correspondent, and literary figure.