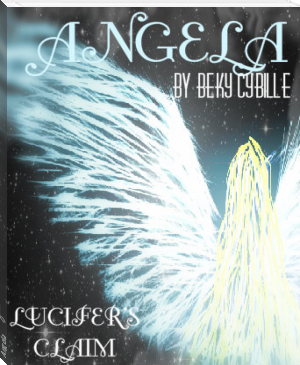 Angela is an ordinary angel

No she’s not an archangel

There’s no prophecy about her saving heaven or Earth

She has no special task

Well other than her wings. Pure white from the back fading into pure sky blue on the tips, two colored wings compared to the one colored wings of every other angel.

There was only one other angel who had the same colored wings as her, the Archangel, the fallen angel. Lucifer.

It wasn’t until Lucifer caught a glimpse of her that she grew out of being ordinary for Lucifer has claimed her.

As handsome and charming as he may be she’s not giving in without a fight.