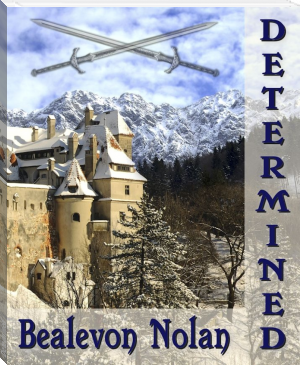 Prince Liam of Broskoe will no longer bow to his mother’s outrageous orders. Because of his speech impairment, the result of a childhood illness, most people— including the queen— believe him to be a half-wit. Neglected in his upbringing, Liam has learned to take what he wants, by whatever means necessary, be it a lover, an education, or secret training as a spy. Forced into hiding, he flees to neighboring Doros and gets work in the kitchen of the castle keep.

Finley, Duke of Doros, finds himself between a rock and a hard place. The King of Carsson has once again demanded an increase to the annual levy, and Doros’s resources are dwindling due to a poor harvest, worsened by early snows. Not even he, the mightiest of warriors, can stop winter from coming early, but he will not stand by and watch his people starve.

Two men— two lonely hearts— meet under the strangest of circumstances. Each learns to grapple with formidable enemies: not only the forces of Mother Nature, but the darker aspects of human nature. They must overcome greed, lust, loneliness, and betrayal, as well as their own insecurities, if they are to find that one thing that makes life worth all the trouble.

DETERMINED is a romance inspired by the nineteenth-century German tale Allerleirauh, written by the brothers Grimm. The most common English translation for this title is All-Kinds-of-Fur.

WARNING: In addition to depictions of violent combat and death, which some readers may find objectionable, this book contains graphic sex scenes and is unsuitable for underage readers.