Bartholomew Sastrow Being the Memoirs of a German Burgomaster 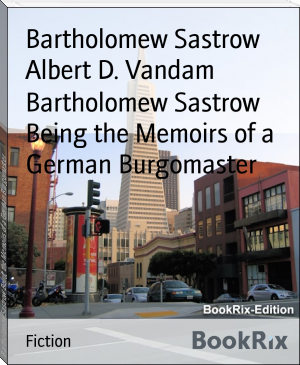 Albert Dresden Vandam (1843–1903) was an English journalist and writer. Born in London in March 1843, the son of Mark Vandam, his background was Dutch-Jewish descent. Before he was 13 he was sent to Paris, where he was privately educated, and stayed 15 years. According to his own account, his youth was passed among prominent French people and that he,