The System Of Nature 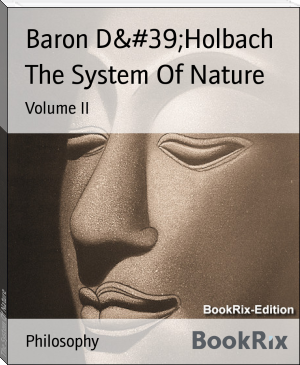 Paul-Henri Thiry, Baron d'Holbach (French: [dɔlbak]; was a French-German author, philosopher, encyclopedist and a prominent figure in the French Enlightenment. He was born Paul Heinrich Dietrich in Edesheim, near Landau in the Rhenish Palatinate, but lived and worked mainly in Paris, where he kept a salon. He was well known for his atheism[2] and for his voluminous writings against religion, the most famous of them being The System of Nature