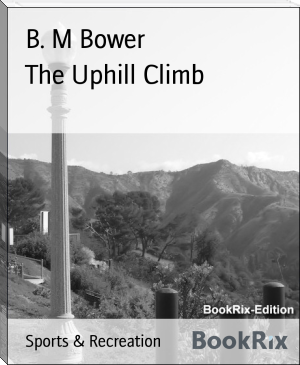 Ford lifted his arms above his head to yawn as does a man who has slept
too heavily, found his biceps stiffened and sore, and massaged them
gingerly with his finger-tips. His eyes took on the vacancy of memory
straining at the leash of forgetfulness. He sighed largely, swung his
head slowly from left to right in mute admission of failure to grasp
what lay just behind his slumber, and thereby discovered other muscles
that protested against sudden movement. He felt his neck with a careful,
rubbing gesture. One hand strayed to his left cheekbone, hovered there
tentatively, wandered to the bridge of his nose, and from there dropped
inertly to the bed.

"Lordy me! I must have been drunk last night," he said aloud,
mechanically taking the straight line of logic from effect to cause, as
much experience had taught him to do.

"You was--and then some," replied an unemotional voice from somewhere
behind him.

"Oh! That you, Sandy?" Ford lay quiet, trying to remember. His
finger-tips explored the right side of his face; now and then he winced
under their touch, light as it was.

"I must have carried an awful load," he decided, again unerringly taking
the backward trail from effect to cause. Later, logic carried him
farther. "Who'd I lick, Sandy?"

"Several." The unseen Sandy gave one the impression of a man smoking and
speaking between puffs. "Can't say just who--you did start in on. You
wound up on--the preacher."

"Preacher?" Ford's tone matched the flicker of interest in his eyes.

Ford meditated a moment. "I don't recollect ever licking a preacher
before," he observed curiously.

Life, stale and drab since his eyes opened, gathered to itself the pale
glow of awakening interest. Ford rose painfully, inch by inch, until he
was sitting upon the side of the bed, got from there to his feet, looked
down and saw that he was clothed to his boots, and crossed slowly to
where a cheap, flyspecked looking-glass hung awry upon the wall. His
self-inspection was grave and minute. His eyes held the philosophic calm
of accustomedness.

"Who put this head on me, Sandy?" he inquired apathetically. "The
preacher?"

"I d' know. You had it when you come up outa the heap. You licked the
preacher afterwards, I think."

Sandy was reading a ragged-backed novel while he smoked; his interest in
Ford and Ford's battered countenance was plainly perfunctory.

Outside, the rain fell aslant in the wind and drummed dismally upon the
little window beside Sandy. It beat upon the door and trickled
underneath in a thin rivulet to a shallow puddle, formed where the floor
was sunken. A dank warmth and the smell of wet wood heating to the
blazing point pervaded the room and mingled with the coarse aroma of
cheap, warmed-over coffee.

"Did anybody get married last night?" The leash of forgetfulness was
snapping, strand by strand. Troubled remembrance peered out from behind
the philosophic calm in Ford's eyes.

"Unh-hunh." Sandy turned a leaf and at the same time