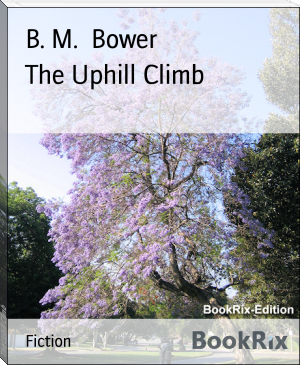 Bertha Muzzy Sinclair or Sinclair-Cowan, née Muzzy (November 15, 1871 – July 23, 1940), best known by her pseudonym B. M. Bower, was an American author who wrote novels, fictional short stories, and screenplays about the American Old West.[1] Her works, featuring cowboys and cows of the Flying U Ranch in Montana, reflected "an interest in ranch life, the use of working cowboys as main characters (even in romantic plots), the occasional appearance of eastern types for the sake of contrast, a sense of western geography as simultaneously harsh and grand, and a good deal of factual attention to such matters as cattle branding and bronc busting."[2]

Born Bertha Muzzy in Otter Tail County, MN and living her early years in Big Sandy, Montana, she was married three times: to Clayton Bower, in 1890; to Bertrand William Sinclair,(also a Western author) in 1912; and to Robert Elsworth Cowan, in 1921.[1][3][4] Bower's 1912 novel Lonesome Land was praised in The Bookman magazine for its characterization. [4] She wrote 57 Western novels, several of which were turned into films.[5]