The Essays Of Arthur Schopenhauer 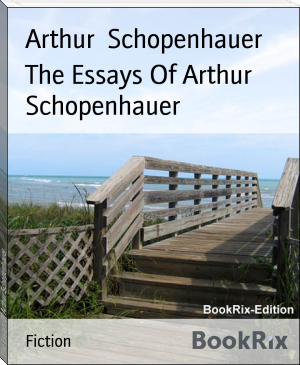 Arthur Schopenhauer (German: [ˈaʁtʊʁ ˈʃɔpənˌhaʊ̯ɐ]; 22 February 1788 – 21 September 1860) was a German philosopher best known for his book, The World as Will and Representation (German: Die Welt als Wille und Vorstellung), in which he claimed that our world is driven by a continually dissatisfied will, continually seeking satisfaction. Independently arriving at many of the same conclusions of Eastern philosophy, he maintained that the "truth was recognized by the sages of India";[2] consequently, his solutions to suffering were similar to those of Vedantic and Buddhist thinkers (e.g., asceticism).[3] The influence of "transcendental ideality"[4] led him to choose atheism.[5][6][7][8]