ON THE ART OF WRITING

LECTURES DELIVERED IN THE UNIVERSITY OF CAMBRIDGE 1913-1914 Von: ARTHUR QUILLER-COUCH 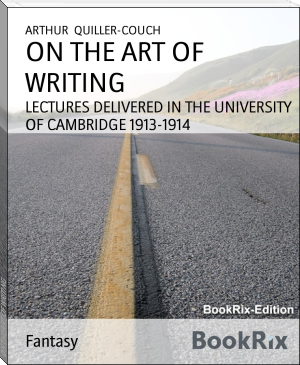 Sir Arthur Thomas Quiller-Couch (/ˌkwɪlərˈkuːtʃ/; 21 November 1863 – 12 May 1944) was a British writer who published under the pen name of Q. Although a prolific novelist, he is primarily remembered for the monumental Oxford Book Of English Verse 1250–1900 (later extended to 1918) and for his literary criticism. He guided the taste of many who never met him, including American writer Helene Hanff, author of 84, Charing Cross Road and its sequel, Q's Legacy;[1] and the fictional Horace Rumpole, via John Mortimer, his literary amanuensis.