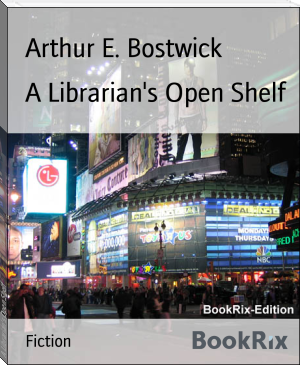 Arthur Elmore Bostwick (8 March 1860 in Litchfield, Connecticut – 13 February 1942 in Oak Grove, Missouri) was a United States librarian and author.His father died when he was 12, and his mother supplemented the family income by various means to afford his education at Litchfield Institute, and later at Yale University, where he received his B.A. in 1881, and his Ph.D. degree in 1883. He taught high school in Montclair, New Jersey, for two years.