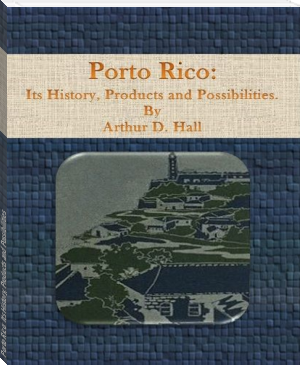 Porto Rico: Its History, Products and Possibilities. Written by Arthur D. Hall. First published in 1898 by Street & Smith, Publishers and now republished and edited by Nusaree c. This book has 12 chapters.
Porto Rico, or Puerto Rico, as it is sometimes called, has lately become of the first importance in the eyes of the world. To Americans it has assumed special interest, as it is now practically in the possession of the United States, and sooner or later will be represented by a new star in our beautiful flag, that flag which recently, by the magnificent exploits of our navy and army, has assumed a greater importance than ever among the standards of the universe.