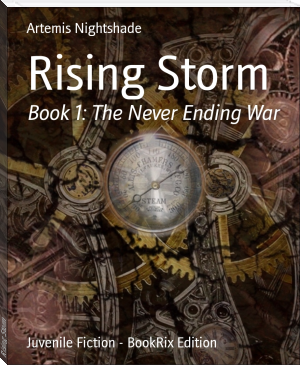 Bartholomew S. Lushington, son of Inspector Newton C. Lushington, has been put in prison for false things along wiht his friends so they are trying to make a clean escape.

While Derlyn(Dylan) Falkner Gravel is to be wed to Marquis Julian Chiffchaff Alekzander III who is in his near 30's. So she and her friends are planning on a scheme to make him dispise her.

The trouble for Bart, Dylan and their friends is... there is a war going on and has been going since their grand-fathers were meer children. Can they both stop the war and gain freedom? Or will it be forever chaos and no freedom?