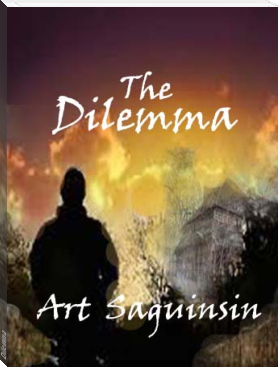 Dilemma, is a mystery, suspense, intriguing, bizarre and others might find an impression of something like creepy tale, but the fact is,  it’s not that creepy. Only serious readers  say that.  I will let the audience judge and see for themselves.

Actually, audience may even include youngsters and general public to read this because it’s merely an intriguing-suspense mystery tale .

In an old town in Rumania.  Amadeus is in a dilemma.  He has been disturbed by bizarre occurrences and mysterious intervention of bad dreams that dwell in his sleep.

Disgruntled, Amadeus and  his friend, Ben make an intrepid  move to crack down the origin of persisting phenomenal occurrences in the former’s life. To resolve the mystery, they stalk the suspected alchemist and sorcerer who is no other than  his friend. On their way  to the wild prairie they discover the abode of their suspected mystery foes.  A suspense-thrilling and intriguing  story that will stun  readers on the brink of their seats while unveiling  the reality and existence of modern-day witchcraft and alchemy .