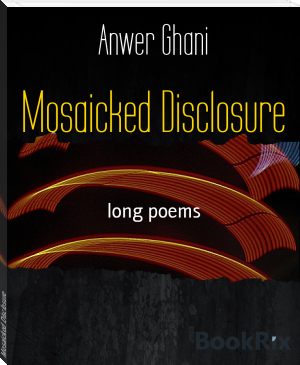 In our deep internal areas there are areas of interchange where everything means everything and when we talk about something we talk about other thing. At this area and at this level what is happened is the mutuality of feelings, meanings and impression. Writing sometime becomes a big interchange process and when you use some generalized unite, you fetch its semantic aureole with a constant circle of meanings. So that words of general use always has a constant semantic action in addition to the contextual meaning and the complementary part in the sentence which is related to this general word will talk in a way or another on a same deep core. So when we use a generalized word like (I, his, our) we always talking about multiple subjects one of them the textual contextual rational meaning but beside this we also talk about other things which they are deep in our internal.

The language in our internal (the consciousness and the sub-consciousness) has many level, and every word has many semantic radiation and many circle in every level. The text and the words in it are always talk about many things, and summon many meaningful circle not just the contextual meaning or its circle but in every level of meaning and every level of language in the conscious and subconscious area the text and the words fetch multiple circles of meaning and multiple semantic aureoles.

Because of these facts we can make one interrelated text from multiple texts by special lines of meaning or a specific unite of writing. In volume one of "MUTUALITY" we will find the universal text of the generalized words have been used in multiple text, so it is a text formed from quotes from multiple text but you will see the strong correlation between its sentences and its parts.

Although every word and every text has mutuality circles but there are specific words in the writing of every author has a big transfiguration from the interchange view. He uses them widely and deeply with vast symbolic actions. In these deep interchange areas, the writer is not the author mind but it is the author souls. We should emphasize that the soul have a wider experience more the mind, and the mind and its knowledge is a part of the souls.

The most important feature in the mutual meanings are out of time and place, so they can take any shape smoothly and this is reflect the timeless nature of soul in comparison with timed mind.

This expressive phenomenon appears in texts as a mirrored sentences and forming a mosaic system so I named this collection; “MOSAICKED DISCLOSURE”.