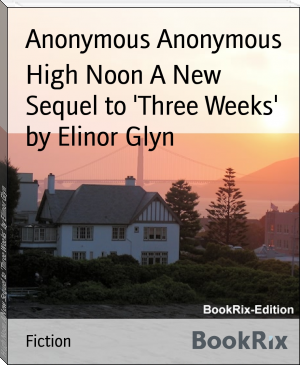 Anonymous (used as a mass noun) is a loosely associated international network of activist and hacktivist entities. A website nominally associated with the group describes it as "an internet gathering" with "a very loose and decentralized command structure that operates on ideas rather than directives".[2] The group became known for a series of well-publicized publicity stunts and distributed denial-of-service (DDoS) attacks on government, religious, and corporate websites.

Anonymous originated in 2003 on the imageboard 4chan, representing the concept of many online and offline community users simultaneously existing as an anarchic, digitized global brain.[3][4] Anonymous members (known as "Anons") can be distinguished in public by the wearing of stylised Guy Fawkes masks.[5]

In its early form, the concept was adopted by a decentralized online community acting anonymously in a coordinated manner, usually toward a loosely self-agreed goal, and primarily focused on entertainment, or "lulz". Beginning with 2008's Project Chanology—a series of protests, pranks, and hacks targeting the Church of Scientology—the Anonymous collective became increasingly associated with collaborative hacktivism on a number of issues internationally. Individuals claiming to align themselves with Anonymous undertook protests and other actions (including direct action) in retaliation against anti-digital piracy campaigns by motion picture and recording industry trade associations. Later targets of Anonymous hacktivism included government agencies of the US, Israel, Tunisia, Uganda, and others; child pornography sites; copyright protection agencies; the Westboro Baptist Church; and corporations such as PayPal, MasterCard, Visa, and Sony. Anons have publicly supported WikiLeaks and the Occupy movement. Related groups LulzSec and Operation AntiSec carried out cyberattacks on US government agencies, media, video game companies, military contractors, military personnel, and police officers, resulting in the attention of law enforcement to the groups' activities. It has been described as being anti-Zionist, and has threatened to erase Israel from the Internet[6] and engaged in the "#OpIsrael" cyber-attacks of Israeli websites on Yom HaShoah (Holocaust Remembrance Day) in 2013.[7]

Dozens of people have been arrested for involvement in Anonymous cyberattacks, in countries including the US, UK, Australia, the Netherlands, Spain, and Turkey. Evaluations of the group's actions and effectiveness vary widely. Supporters have called the group "freedom fighters"[8] and digital Robin Hoods[9] while critics have described them as "a cyber lynch-mob"[10] or "cyber terrorists".[11] In 2012, Time called Anonymous one of the "100 most influential people" in the world.[12]