A Book of Sibyls 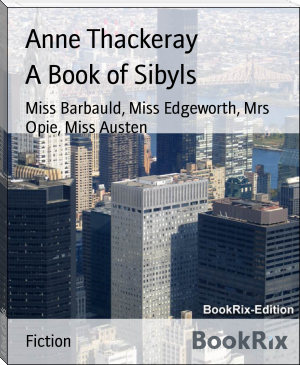 Anne Isabella, Lady Ritchie, née Thackeray (9 June 1837 – 26 February 1919), was an English writer. She was the eldest daughter of William Makepeace Thackeray. She was the author of several novels which were highly regarded in their time, and a central figure in the late Victorian literary scene. She is perhaps best remembered today as the custodian of her father's literary legacy, and for her short fiction placing traditional fairy tale narratives in a Victorian milieu.