INSIGHTS AND HERESIES PERTAINING TO THE EVOLUTION OF THE SOUL 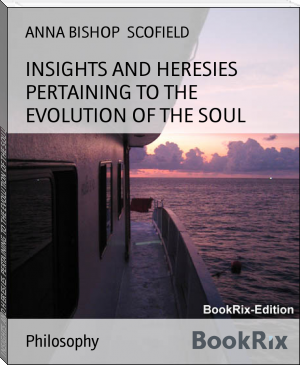 There is no new revelation to be given to man; there is no need of it. Those who have labored most strenuously to evolve from their inner consciousness a new, a better religion, have found themselves bogged in the mire of their egotism which has landed them in a police court, or they have been confronted by exactly the same problems as those from which they have sought to escape.