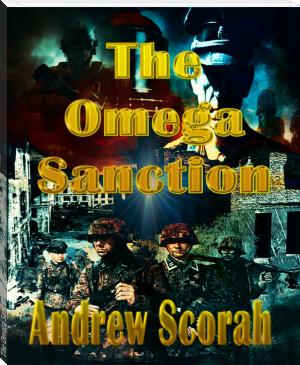 AN OLD ENEMY
Thuringia, Germany, 1945
In the dyeing days of World War II, the allied forces overrun a subterranean factory in the Jonas Valley. A team from 30 Advanced Unit is sent into the tunnels, what they discover is beyond all logic, and known technology of the time.
A TIME FOR REVENGE
London today, MI5’s Adam Bane is working on taking down a uranium smuggling ring. A raid on a warehouse goes horribly wrong when all the players commit suicide. And the consignment turns out to be something completely different, Red Mercury, code name Xerum 25. On the back of this, Bane is seconded to a multi-national team, code name Omega. Before he can leave, he finds he has been marked for death by a Far Right group, Geheime Staat.
Running for his life with assassins jumping out of the shadows, he runs to the only safe place, Omega Base.
RISE OF THE NEW REICH
An armed and highly skilled force has overrun Area 51, the US’s top secret testing site in the Nevada dessert. Using the bases defences, they have thwarted all attempts to retake the base. Led by the self-styled Fuhrer, Oskar Koenig, they are after a device known as Die Glocke. With this device they hope to return to the final days of World War II.
A WHOLE NEW LEVEL OF FEAR
What if Hitler had developed a devastating new form of super-weapon? A doomsday weapon.
What if Hitler knew he was going to lose the war? What if this weapon was hidden away somewhere, waiting for the time to be activated. Now imagine an old enemy who has been hiding in the shadows and is still fighting a war most thought had ended with the fall of Hitler. Oskar Koenig knows of this weapon, knows Hitler killed everyone who worked on the device. It was to be used as his final solution; he was going to burn the planet. Thankfully, he never got to use it. Now this old enemy with a new face is going to carry out Hitler’s last wish. The world will bow down to the might of the Fourth Reich or burn.
Bane and Omega Group are plunged into a fight for survival. Taking them from the death lands of Nevada to the hellish last days of the Third Reich.