Space Pirates & the Battle for Power 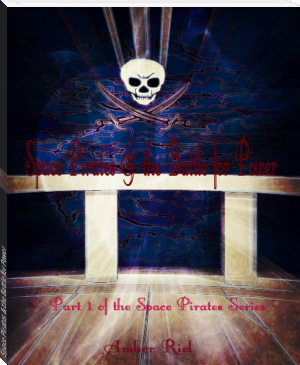 There are two kinds of space pirates-half good & half evil, and devilishly evil. Zelda, who is half & half, goes to the Planet Pluto. While Olivia, who devilishly evil, goes to the Planet Blaze. At the same time, they each talk to the princess of each planet. They get the princesses to let them go by persuading them that they could capture the other one, but they don't say anything about the other one without mentioning the others name. When Magma, who's the princess of Blaze, finds out she is not happy. She has Leo, the head bounty hunter, go warn Olivia that if she captures Zelda then Magma will kill her herself. Olivia ignores the warning. Who will win? Olivia or Zelda?

I like how you continued with the prequel. You again established a cast of very creative characters that make up both Zelda and Olivia's crew. I like the tension the former friends. You also do a very good job of going between story lines--their love interests and the problems with each other and also the bounty hunters.

Thank you and I'm glad that you enjoyed it :D