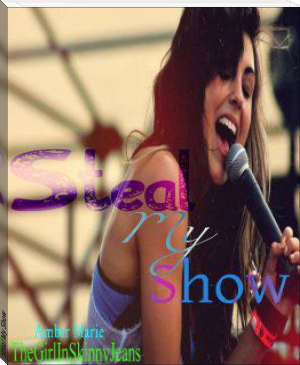 Steal my show is an all around musicians face-off where everyone and anyone from any school can participate. Given ten seconds once stepped on stage to sing and to impress the crowd to pass to the next stage. If you had successful got the crowd's attention you can continue until done. If not then you get booed and knocked off the list until next year when Steal my show starts back up again. Notifying that a person who already got booed can Steal your show and get another chance to pass to the next stage if you, yourself gets booed.

Well to Annecy Nicole Hayes. She thinks it's a great challenge to take on.

She has the voice to do it.

There are just four problems.

Add her falling in love with her competitor and you have bad luck.