Stephen A. Douglas A Study In american Politics 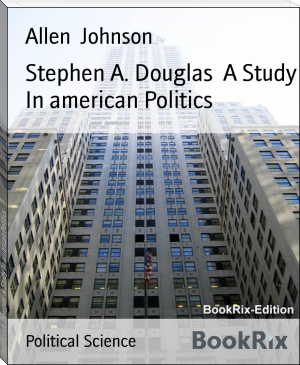 Stephen Arnold Douglas (April 23, 1813 – June 3, 1861) was an American politician from Illinois and the designer of the Kansas–Nebraska Act. He was a U.S. Representative, a U.S. Senator, and the Democratic Party nominee for President in the 1860 election, losing to Republican Abraham Lincoln. Douglas had previously defeated Lincoln in a Senate contest, noted for the famous Lincoln-Douglas debates of 1858. He was nicknamed the "Little Giant" because he was short in physical stature, but a forceful and dominant figure in politics.